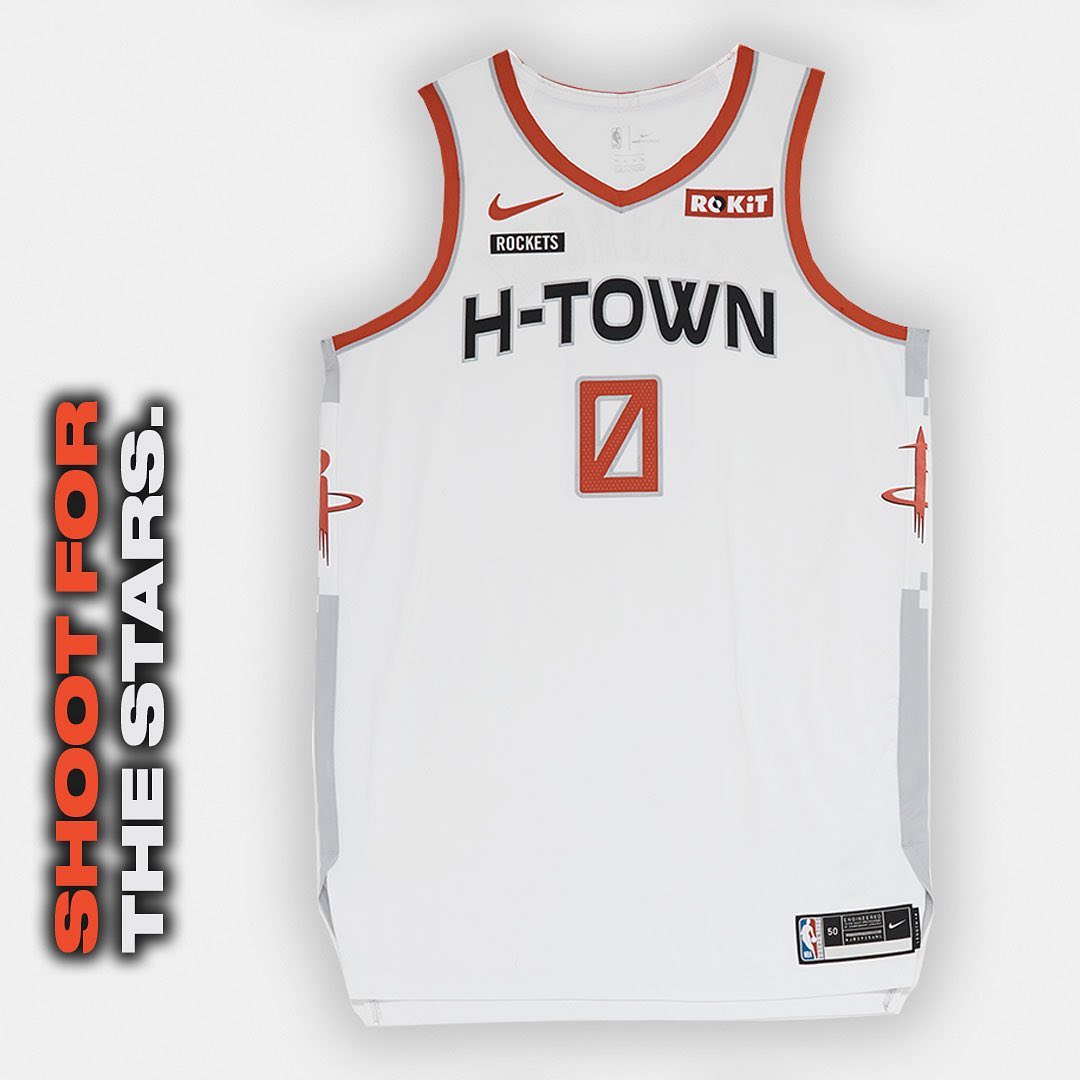 As mission control for America’s moonshot, Houston set a shining example of what a team could accomplish together. When the Rockets landed in ’71, Texas’ first NBA franchise gave the city another reason to unite as a team and aim high. Inspired by the city’s official nickname, the 2019-20 @houstonrockets City Edition Nike NBA Authentic Jersey celebrates its deep connection to space exploration, symbolized by spacesuit-inspired white and silver. “H-Town” across the chest salutes Houston’s popular nickname.